The IBCE understands that the model for chiropractic testing in one country may not be appropriate for other regions or countries. The IBCE therefore enlists the aid of advisors throughout the world to guide the development of locally-appropriate and adaptable services.

President, International Board of Chiropractic Examiners 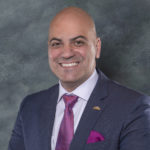 Director of Psychometrics and Research

Find out what sets the IBCE apart.